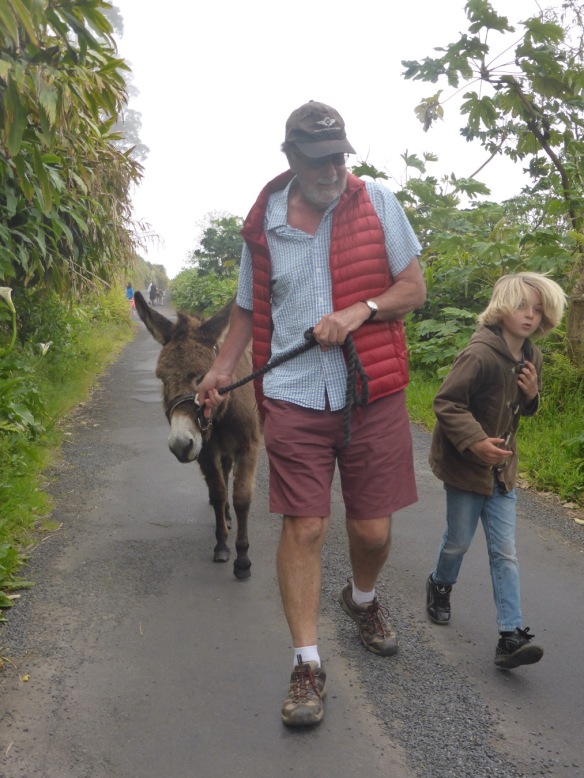 We now have a shiny rental car, which facilitates exploring St Helena independently. Today we took part in weekly donkey walking. Fifty years ago, donkeys were an important part of St Helenian life, used for transporting the island’s flax crop and taking vegetables to market. Today, the flax industry has been replaced by synthetics and trucks transport veggies, so the some of the surviving donkeys are cared for in a sanctuary and taken for walks on a weekly basis. We joined four families to do this. 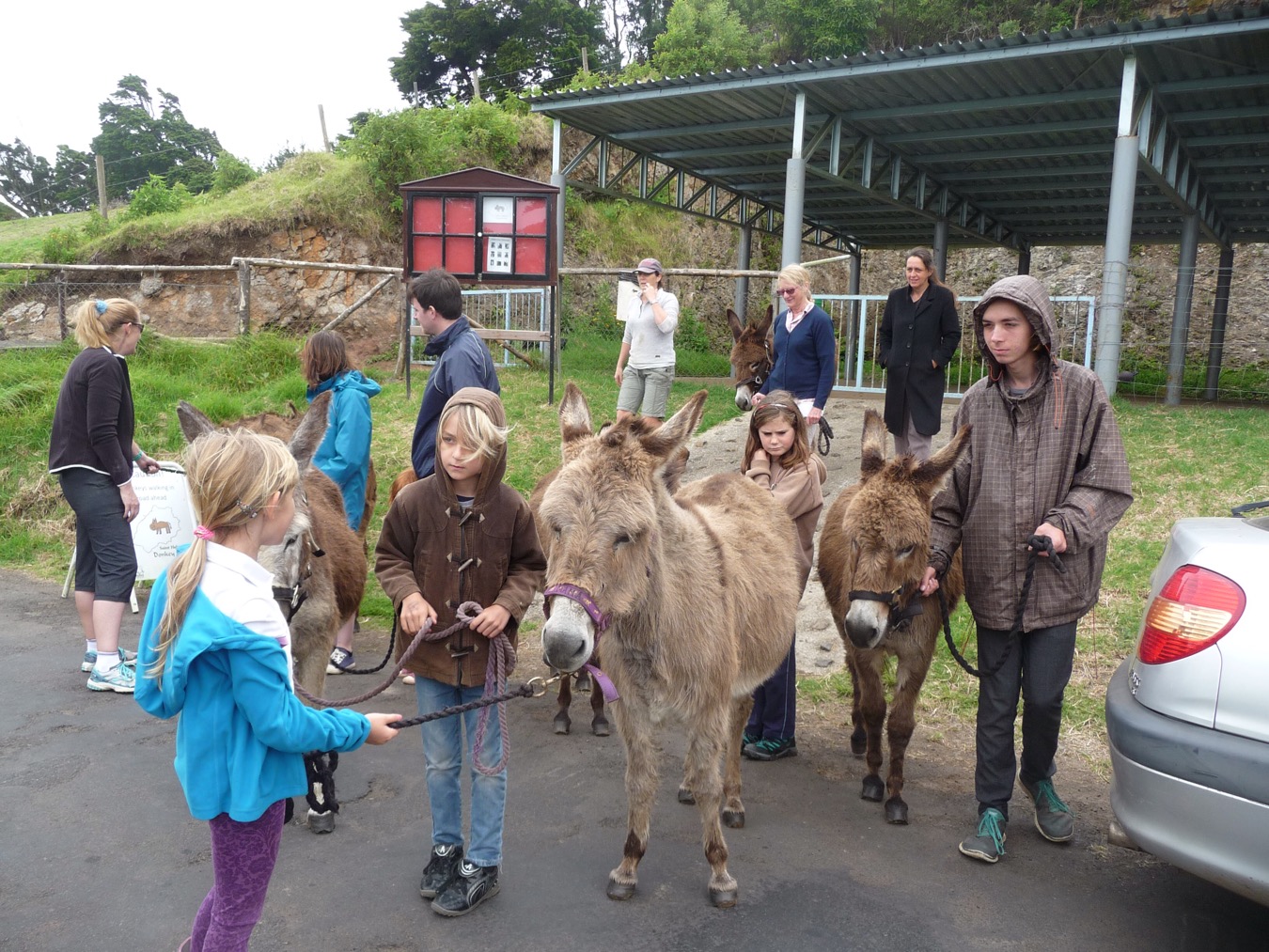 It  was windy and misty at High Peak, and my donkey, Cheeky Face, took off on a particularly windy corner, but luckily she stopped at the next patch of juicy grass. At the end of the walk, we gave them a carrot and cleaned the mud off their hooves. 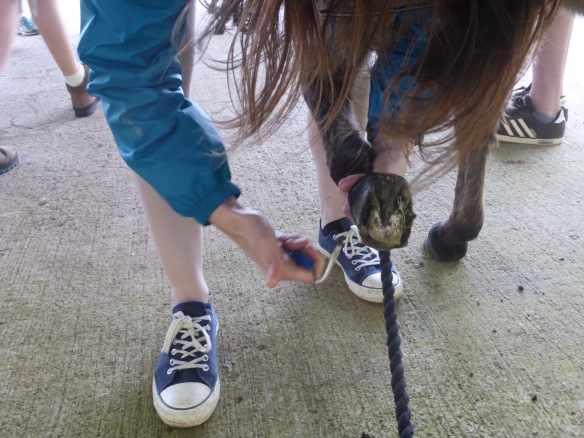 After lunch at Reggies Takeaway near the airport, Dave dropped me off at the top of Jacob’s Ladder and I descended tentatively while he carefully steered the car down, giving way to upcoming traffic. It was windy so I held tight to the hand-rail. It looked a long way down and very steep! I didn’t dare let go to take a photo – not like me at all.

We spent the afternoon glamming up for the Regency Ball, pert of the celebrations for the Napoleonic Bicentenary. The French had gone all out with their costumes and Napoleon put in an appearance. It was an enjoyable evening and gave us the opportunity to meet Marina Burns and her husband, Sean Who is Head of Government. They will be our hosts on Tuesday at the Briars Pavillion. 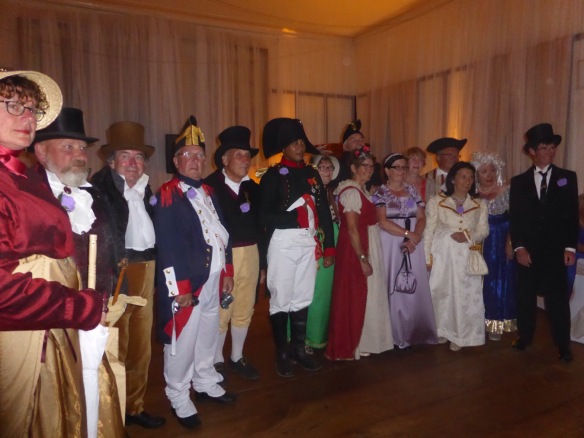 Written on Friday 9th October and posted now that we have access to wifi.