After lunch we passed Lightning Ridge’s newest icon, an 18 metre emu called Stanley. Originally conceived by local artist John Murray for the Birdsville Track, due to bureaucracy, it ended up in the artist’s home town of Lightning Ridge, where it was only opened this May.

We then took a self-drive tour through opal fields past a cemetery with a classic Aussie grave (Akubra hat and longneck beer bottle on it) to 3 pubs in the scrub.

First came the Grawin Opal Miners Golf Club known as the Club in the Scrub, where we had a drink and met a local called Reg and a friend.

The two of them took us to visit the new Sheepyard War Memorial and Reg described how he had been a key force behind its creation. It had a special feel, with a lone pine similar to those at Gallipoli and memorials to Korean and Vietnamese wars. Beyond the war memorial we came to Sheepyard Inn.

Finally we got to the Glengarry Hilton. We didn’t have time for a drink there as we’d left a prescription at the chemist before lunch and been told that it would be ready by 3.15! Apparently they close for lunch.

They have their own way of doing things out here. Living is cheap for a miner – no power or water bills and rates and lease of $200 a year respectively. 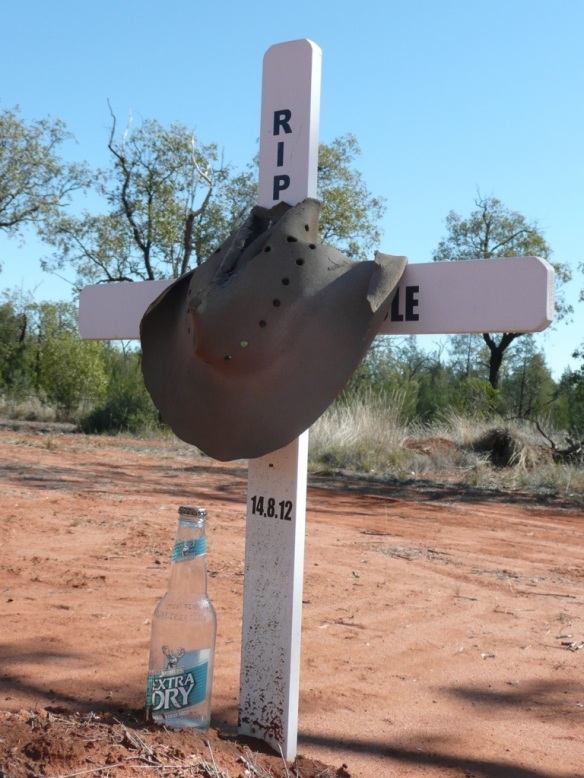 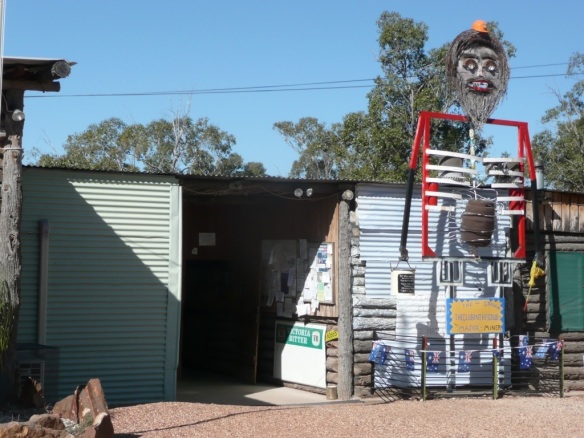 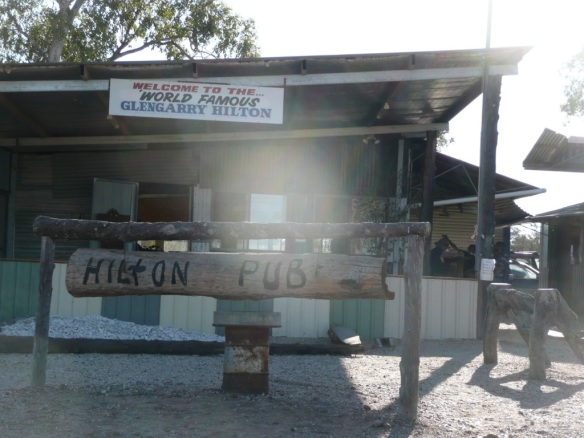